Is this the AI game-changing smartphone?

This week, Google launched the first phone made both inside and out by Google that is set to change the landscape for smartphones as we know them.

Equipped with a whole range of advanced features, including a fingerprint sensor on the back that users can swipe to access their notifications, a fast-charging, long-lasting battery (up to seven hours in just fifteen minutes), an incredibly high-quality camera and Google Assistant. It also comes in two different sizes; the 5in (12.7cm) or 5.5in (14cm) OLED (organic light-emitting diode) screen.

Pixel is the first phone with Google Assistant built in. Somewhat like Apple’s Siri tool, users just need to say, “Ok Google” or touch and hold the Home button to activate. Labelled as “your own personal Google, always ready to help”, the tool allows you to hold a more advanced conversation with your device than any smartphone has before.

Instead of just giving commands in isolation like its competitors, Google Assistant is dialogue driven due to the advanced and sophisticated way in which it stores data. It can bring up anything on your phone from last weekend’s photos to a review of your day on request. It also offers help with directions to a location your friend gave you in a text. Just say, “navigate there.”

Now, the camera. The Pixel camera is the highest rated smartphone camera anyone has ever made, scoring a DxOMark Mobile of 89.  The 12.3MP camera features an f/2.0 aperture and a sizeable 1.55 micron pixels that enable users to capture exceptionally high-quality photos in any kind of light.

Capture action shots easily with Smartburst – a tool that takes a sequence of shots at high speed and automatically picks the best one. The Lens Blur tool achieves shallow depth of field and bokeh effects, and with new exposure controls, users can finally capture dramatic scenery in a quality good enough to do it justice.
To top it all off, there’s free unlimited storage for original quality photos and videos at full resolution in Google Photos.

Other key features include the pre-installed Google Duo and Allo, allowing users to video call and text their contacts, whether they’re on Android or iOS.

Google’s Pixel aims to be an app experience without needing any apps; a seamless way to access your Google ecosystem.

How well will this device fight off competition in the market from big players Apple and Amazon? Google will no doubt have to convince users that talking to a virtual assistant is better than using individual apps. As Pixel features an advanced version of many of its competitors’ tools, it will be interesting to see how the consumer market reacts. 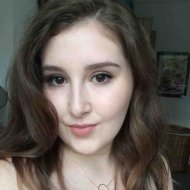 Aimee is a PR and marketing professional covering topics such as SME growth, tech in the workplace, work/life balance and millennial marketing.